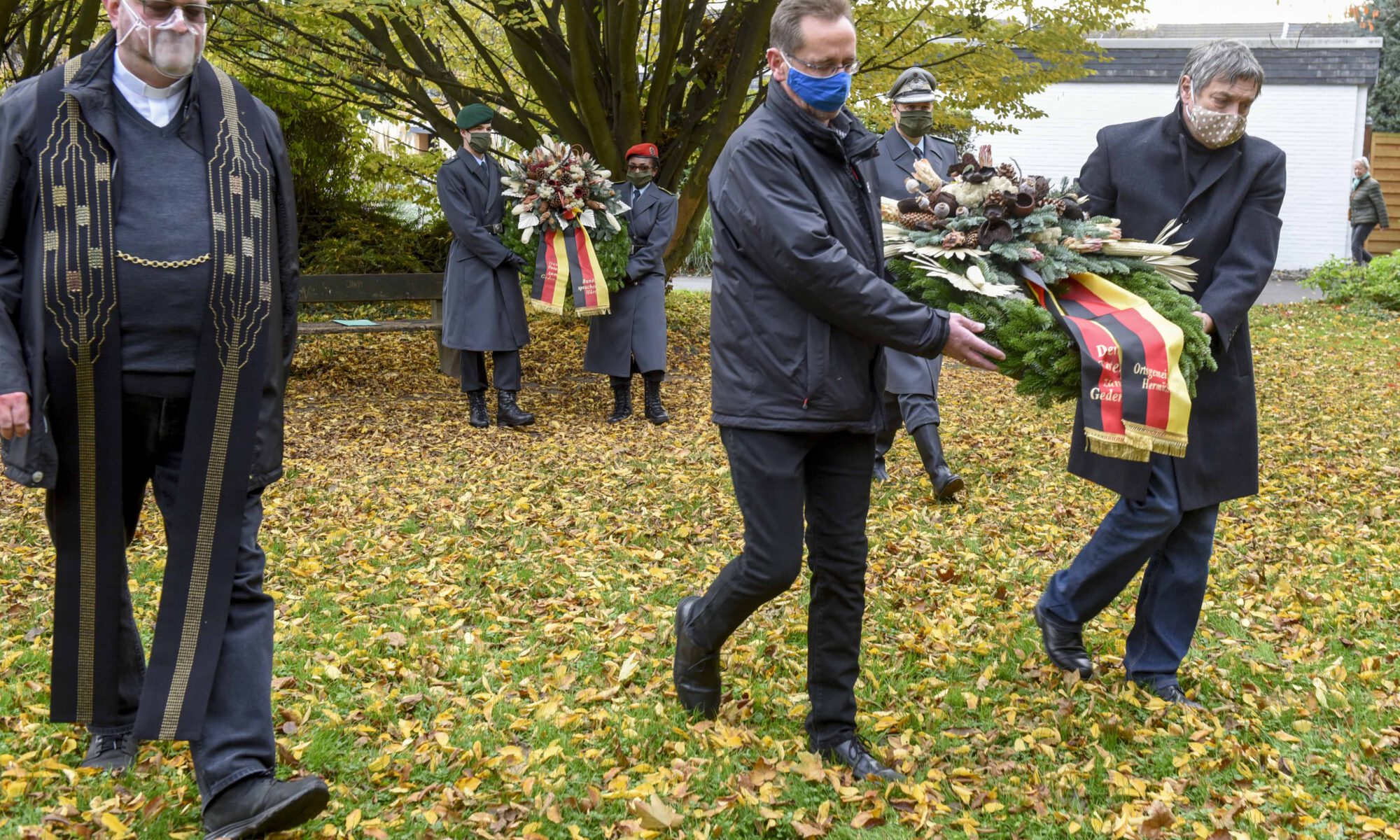 Remembrance culture wants to be cultivated in public. As early as 9 November, however, many commemorations of the victims of the Nazi pogroms had been seen at best as – certainly well-intentioned – live streams on social media. There is too much fear that contagion could occur on official occasions. The fear must be outweighed at the moment against impending memory gaps.

The usual elevator of many people on the occasion of the Volkstrauertag at the Fallen Monument on the edge of the castle park in Hürth-Hermülheim should not have existed this time. But the chairman of the local community Oliver Franz and local head Hans-Josef Lang did not want to do without a wreath laying as a presence event on a small scale.

And if they had not issued any official invitations, some had come, in compliance with the rules. “There’s enough space here for people to keep their distance,” Lang said.

And so Oliver Franz and Hans-Josef Lang laid a wreath at the Fallen Monument in memory of the dead of wars and tyranny. A second was a delegation from the Federal Language Office next to it, Lieutenant Colonel Leah Mungai, Lieutenant Colonel Kevin Jansen and the freed Joshua Rohraff.

With military greetings and prayers, the people remembered the deceased.Four flutists and a drummer, a delegation of the Hubertus shooters, played the march “I have a comrade”. The Rev. Werner Friesdorf explained that we all experienced difficult times these days.But those to whom the remembrance of the day was due had had even more difficult times, which they did not survive.

Also in the neighbouring Efferen, where the memorial service at the Fallen Monument had been cancelled at short notice, the soldiers of the Federal Language Office wanted to lay at least one more wreath.