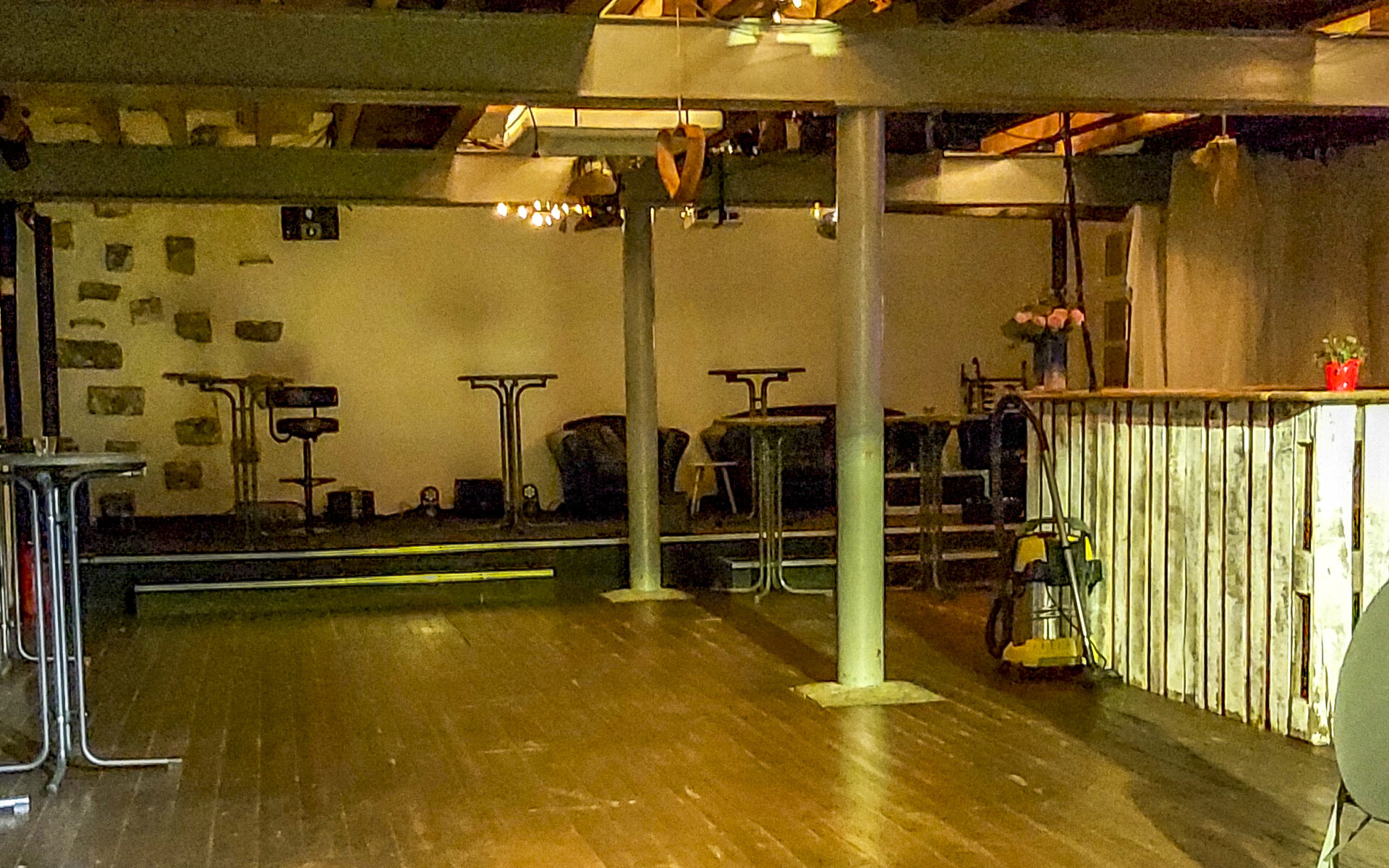 Maggi and Rüdiger Tillmann from the event location Kornkammer report an almost complete loss of sales since mid-March 2020 and there is “no prospect of improvement”. As recently as the autumn, they had talked about events for the winter, as firmly anchored in the schedule as “concrete pillars”. They had expected further restrictions on the operation of concerts at that time, but not with a further complete closure of the hall to the public in November and beyond.

And so they now announce: “Everything is cancelled.” But need is notoriously inventive and so they have come up with something.

At first there was only the idea for the motif, namely to print all unusual dates as a list on a T-shirt, report Maggi and Rüdiger Tillmann. Then friends of the location encouraged them and now there is the small HELP THE VENUE Support collection of T-shirts and hoodies. With every purchase of one of the ladies and gentlemen T-shirts, buyers support the preservation of the granary. The collection is already in demand. “You’re the hammer – it actually helps us!” the couple thanks. On the occasion of Wichtelaktion and Nikolaus there are still a few days of discount in the shop.

The list on the shirts exemplifies the state of the entire event industry. Since March, they would have had to reschedule, cancel, relocate, expand and stream events 30 times. After all, the Poetry Slam and the Jazz Jam sessions with 20 guests were streamed and conducted at a distance, so that there was still a future for these formats. “But also so that it gives us somehow further, so that the years of construction are not completely gone,” says Rüdiger Tillmann.

He drives trucks to keep the venue afloat. Apart from the Corona emergency aid, which he was able to finance three months of operating costs, he has not yet applied for bridging aid. However, the federal funding programme “Restart Culture” sounds promising for the coming year, Tillmann admits.

In the early summer, it was mainly art actions that Maggi and Rüdiger Tillmann and all precautions carried out in the fully air-conditioned rooms to show: “We are still there!”

As one of the first after the spring lockdown, the Wesselinger artist Dennis Josef Meseg built his mannequins with red and white fluttering band as an installation as an installation as if in a concert situation. Fredrik Erichsen collected other coordinates of this earth for his art action, namely Brühler Daten and opened his cube in the concert room of the Kornkammer and the painter Igor Navrotskyi exhibited his cynical-beautiful oil paintings there.

For the day of the “Open Ateliers Brühl”, at the beginning of September, Maggi and Rüdiger Tillmann also hosted the four Brühler artists Margaretha Ramezanian, Armin Kayser, Sigrid Dethloff, Karin Friedrich and Petra Zilliken with their jewels, stone carvings, painting and drawing, as well as glass objects.

But “the cost continues to eat us and we look and offer alternatives!” One idea is the “30-minute disco shower”. The rules of the game for, for example, four people from two households, the couple describes as follows: “Disinfect at the entrance, enter in list, leave data stick, come in, everything foggy, dark and atmospheric sound … Breath… 4, 3 2, 1 … DANCING; ABZAPPELN; LIVE OUT; tremble… ABROCKEN … ONLY YOU, for 30 minutes with your playlist! Being uninhibited for you – letting it all go!” Completely contactless, the service could be extended with pre-ordered drinks at the counter.

And the couple is thinking of renting out the event space as a temporary store, including all the technical features. The room is equipped with cameras and mixing console for streaming and recording events of all kinds, lighting is available, a pasound system, air conditioning and parking spaces including Rüdiger Tillmann explains.

In addition, Magdalena’s yoga coaching continues – since March she has been giving more online sessions. Soon there will be daily courses. In yoga, keywords such as “hormone yoga”, “stress”, “sleeping” and “nutrition” are dropped. If you ever want to know more about Maggi and Yoga, Maggi invites you to “just report and chat – you don’t see yourself otherwise ;-)” one.